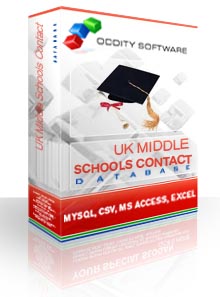 Middle schools in the United Kingdom are designed to bridge the gap that exists between secondary education and primary education. Middle schools were first introduced in the United Kingdom during the 1960s. The Plowdent Report of 1967 offered a change in the school system, advocating a three tier structure that dealt with schools for children between the ages of five and eight, and Middle Schools for children who were between the ages of eight and 12. A number of people advocated Middle Schools for purely ideological purposes, but there were many educators that had pragmatic uses for them. While Middle Schools may vary, most still use the three tier structure.

By the 1980s, there were about 2000 Middle Schools in the UK. In addition to the introduction of Middle Schools, some educators suggested using combined schools as well. As the name suggests, combined school will combine students from various age ranges. The National Curriculum made a number of changes to the school systems in the United Kingdom. One of the primary things it did was to divide the system into Key Stages. Many schools were returned to the previous system of using secondary and primary schools. While Middle Schools have fallen out of favor in much of the UK, many of them still remain today. There are a number of sources available where it is possible to find a list of the Middle Schools that are still being used in the country. Middle Schools have played an important role for education in the region.

An Excel Spreadsheet has been created with some sample data from this database. You can download this sample spreadsheet here: UK Middle Schools Contact Database