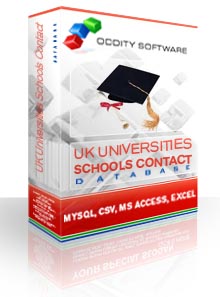 Many young students in the UK who wish to pursue a higher education are expected to attend universities by the time they are 18 years of age. Many of these students will study for what are called academic degrees. With the exception of universities that are private, much of the undegraduate studies are funded by the government. A maximum amount is set for how much tuition will be paid within the course of a single year. If the student comes from a very poor background, the state may choose to pay for the entire cost of their college education. The vast majority of students in the United Kingdom are eligible to apply for loans which can help them pay for the cost of their education. While the government will not directly control the curriculum, they do play a powerful role in admission guidelines.

The first degree to be offered to students attending universities in the UK is the Bachelor's degree. Much like the United States, students who pursue degree are expected to attend the university for about three years. In addition to this, a number of universities are now offering Master's degrees at the undegraduate level, and a student is expected to attend the university for approximately four years. When a student is pursuing their first degree, they are referred to as being undergraduates. The costs involved with pursuing an undergraduate degree is much cheaper than the costs involved with pursuing a postgraduate degree. Many universities also offer what is called a Foundation degree. This is similar to the Associates degree that is offered in the US, and it will typically take students two years to get this degree.

An Excel Spreadsheet has been created with some sample data from this database. You can download this sample spreadsheet here: UK Universities Contact Database

This dataset contains a total of 216 records.
This is NOT an email marketing list