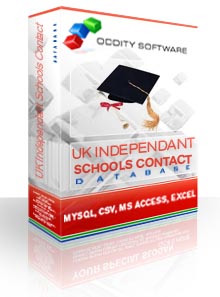 An independent school within the UK is a school that is primarily funded by groups that are not connected to the government. Some people may also refer to these institutions as being private schools. The reason for this is because the school is given a great deal of control over their own expenses and admissions. In addition to this, they also have the power to design their own curriculum, as long as it is within the boundaries of the law. Currently, there are well over 2000 independent schools in the UK, and they are attended by over half a million children. A number of independent schools will have a number of similarities to boarding schools, and some institutions are identical in their function.

The ISC, or Independent Schools Council, is responsible for representing over 1200 schools in the UK. The schools that are listed under this organization will be inspected under a specific structure. Independent schools are given the power to pick any students they want. However, these institutions are also subject to laws that deal with discrimination. While family connections played an important role in which students were chosen in the past, this trend has fallen out of favor in recent decades. If a student displays a great deal of promise in areas such as music or sports, they will be considered as potential candidates. However, the fees, involved with attending these schools are very high. Many parents are known for working hard to send their children to these schools, since the quality of education is very high.

An Excel Spreadsheet has been created with some sample data from this database. You can download this sample spreadsheet here: UK Independant Schools Contact Database