Download the California High Tech Contact Database. This database contains 30,026 records of Tech Companies locations and Tech Companies leads. This content database can be downloaded in CSV, MySQL and many other formats.

Updates
This Database is updated every 120 Days. Master License holders can purchse updates for this database for $25.00.
PUBLICATION RIGHTS
$200.00 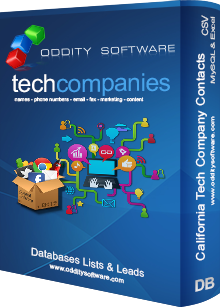 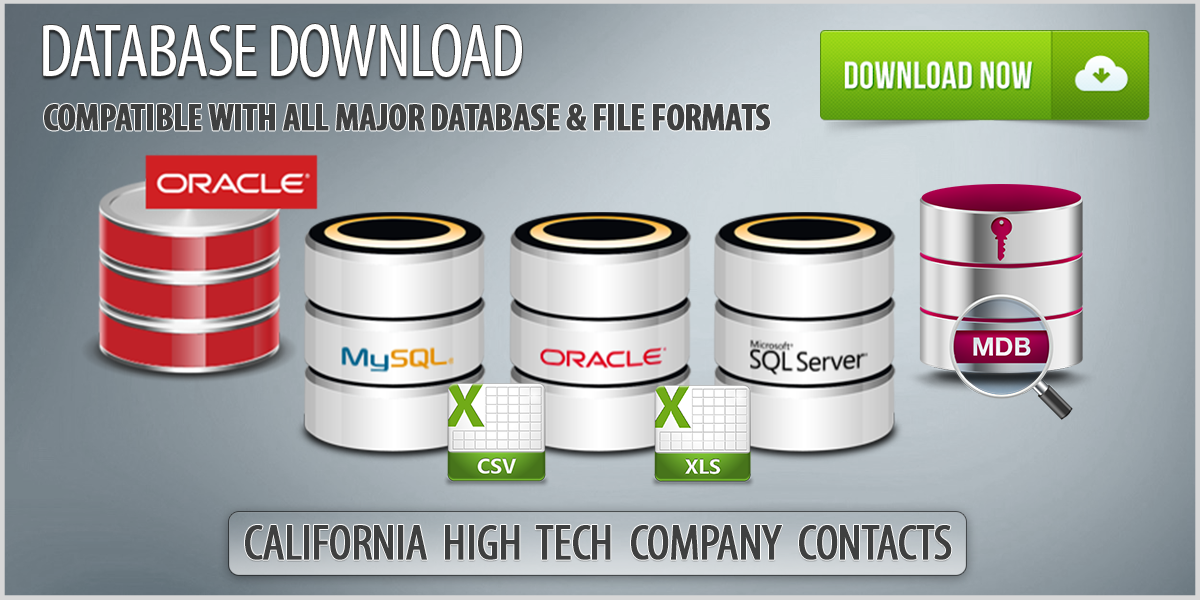 California is a state that has been called the "home of advanced technology." The economy of California is one of the largest in the world, and of all the 50 states in the US, it is California that has the largest population. When the state of California makes a move, it tends to send shockwaves across the nation. Many people have always had the vision of California being the future of the United States. When it comes to technology, California is one of the most prominent states in the US. Of the top 20 cities that are related to technology, four of them could be found in California. These four cities are Santa Clara, San Jose, San Diego, and San Francisco. It is not a secret that many Fortune 500 companies choose to operate in California.

Fortune Magazine has stated that 53 Fortune 500 companies that are considered to be some of the best in the nation are based in California, and a number of these companies compete in the technology sector. Forbes has also stated that the fastest growing companies in the technology industry are based in California. Because this is such a large state, it is important for companies to be selective in where they choose to operate. One of the most popular regions for industrial development is Hesperia. This is an excellent location for companies that are working in the manufacturing and commercial sector. A sizeable number of publicly traded companies have decided to relocated here.