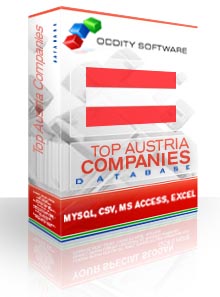 Several reforms have entered into force during the last years, making Austria even more attractive as a business location: The recent "Economic Freedom of the World Report" demonstrates that Austria's business climate is one of the most competitive in the world. The Alpine Republic ranked an outstanding 15th worldwide in this widely respected study comparing the degree of economic freedom in various countries -- proof of Austria's success in eliminating bureaucratic hurdles and expanding opportunities for business growth. Premier examples of Austria's increasingly pro-competition stance include the relaxation of restrictions on entry into trades and professions and the liberalization of the telecommunications, gas and electricity markets, as well as competition laws themselves. The playing field has been further leveled for competitors by the implementation of a new antitrust law, effective July 1, 2002, including the establishment of an independent federal competition commission. The result: the Danube Republic has leaped to second place worldwide in the competitiveness category in the latest edition of the World Competitiveness Yearbook.

An Excel Spreadsheet has been created with some sample data from this database. You can download this sample spreadsheet here: Top Austria Companies Database