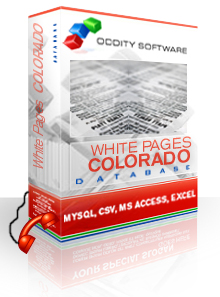 Colorado is a state that can be found in the western portion of the U.S. Statistics indicate that this state has a population of just over 4.7 million, and it is one of the fastest growing states in the nation. The largest city in this state is Denver, and it is also the capital. Colorado is very unique, since it is comprised of landmarks like the Great Plains and the Rocky Mountains. The climate of this state is dry and cool. It can become very cold during the winter months, but the climate may vary depending on factors such as elevation. The state is known for having rough weather, and a massive blizzard occurred in 2006 which left many residents stranded. Colorado was added to the United States as a result of the Louisiana Purchase in 1803.

The GSP for Colorado in 2003 was $187 billion, making it one of the most prosperous states in the nation. Over the last decade, Colorado has become a major center for advanced technology. Some of the agricultural products that are produced here include corn, hay, and wheat. Like New Mexico, the federal government has played a pivotal role in the economic development of this state. Some of the government facilities that can be found here are NORAD, the NOAA, and the Geological Survey. A sizable percentage of the land is owned by the federal government, and this includes the many national parks. By the end of the 20th century, the economy of this state had become highly diversified. It is a center for research, especially in the area of science and technology. Tourism has also become a prominent industry.

The Colorado White Pages Phone Directory Database includes residential phone and address data for the state of Colorado. These listings are updated on a 90 day basis to contain the freshest possible phone directory data.