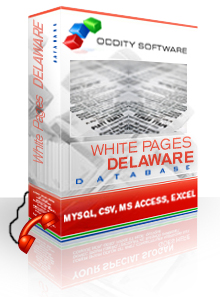 Delaware is a U.S. state that is located in the Mid-Atlantic region. It was one of the thirteen colonies, and Delaware was the very first state to ratify the U.S. Constitution. Statistics from 2005 show that the population of Delaware is just over 840,000. Delaware as admitted to the Union in December of 1787. Delaware is one of the smallest states in the U.S. The only state which is smaller is Rhode Island. The states which border Delaware are New Jersey, Maryland, and Pennsylvania. The Atlantic Ocean makes natural barrier to the east. The climate for Delaware is a mixture between continental and humid subtropical. Before the arrival of European settlers, the Algonquian Native American groups were prominent here.

The GSP for Delaware was $49 billion in 2003. Delaware is known for being a heavy producer of agricultural products, and some of the these products are soybeans, dairy products, and processed foods. In addition to this, Delaware produces large quantities of chemicals and paper. Despite its size, the economy of this state has consistently surpassed the economy of the U.S. as a whole. One of the largest employers in Delaware is the state government. In addition to this, Pharmaceutical companies are quite prominent as well. The financial industry is a prominent employer of the residents, with major banks playing an important role in the states economy. The manufacture of automobiles is prominent as well. Delaware is also home to the Dover Air Force Base, and a large number of residents are employed here.

The Delaware White Pages Phone Directory Database includes residential phone and address data for the state of Delaware. These listings are updated on a 90 day basis to contain the freshest possible phone directory data.