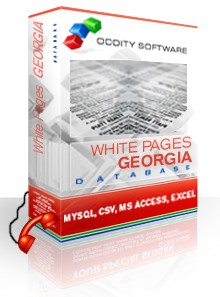 Georgia is a southern state that was one of the original Thirteen Colonies. As of 2006, Georgia is experiencing a great deal of population growth, and it went from just over 8 million residents in 2000 to over 9 million residents in 2005. Nicknames for this state include "Empire State of the South" and the "Peach State." The largest city in Georgia is Atlanta, and this is also the capital. The geography of this state is quite diverse. While it is bordered by Florida to the south, the northern part of the state is mountainous due to the Appalachian mountain range. Georgia is known for being a producer of tobacco and cotton, and turpentine is an important material as well. The city of Atlanta plays an important role in the prominence of Georgia, and it is center of communication and technology.

Like Florida, Georgia has a humid subtropical climate. Historically, Georgia is known for being home to various moundbuilding cultures. These Native American groups were mentioned by Hernando de Soto during his exploration of the region. It should be noted that most of these mounds have disappeared, and are not visible today. The five largest ethnic groups that comprise this state are of British, African, German, and Irish origin. The 2005 GSP for Georgia was over $300 billion, and the personal income for this state is just over $40,000. Georgia is known for having a strong agricultural industry. Some of the food products which is produces are peanuts, cattle, eggs, vegetables, and dairy products. In addition to agriculture, Georgia is also known for having a prominent textile industry.

The Georgia White Pages Phone Directory Database includes residential phone and address data for the state of Georgia. These listings are updated on a 90 day basis to contain the freshest possible phone directory data.