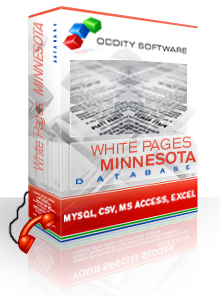 Minnesota is a U.S. state that can be found in the Midwest. In terms of size and population, it is one of the largest states in the nation. The population for Minnesota is approximately five million. This state was admitted to the Union in 1858. A sizable percentage of the population lives in the Twin Cities, and this is an important location for commerce, transportation, industry, and business. Geographically, a large percentage of this state is comprised of prairies, and agriculture plays an important role in the state's economy. Minnesota has been given the nickname of "Land of 10,000" lakes because there are literally thousands of lakes in the region, and it probably has more lakes than any other state in the U.S. This has also allowed to be an important destination for those who enjoy the outdoors and water sports.

While the capital of Minnesota is Saint Paul, the largest city in the state is Minneapolis. Economically, Minnesota is known for being a heavy producer of raw products. Despite this, the economy has become much more diversified in the last century, and a high emphasis is now placed on making products which are finished. The GSP for Minnesota was $234 billion in 2005, and the success of the business sector matches that of the nation as a whole. A sizable number of Fortune 500 companies have their headquarters here, and the median household income is in excess of $50,000. Even though the number of people that work in agriculture is small, it plays an important role in the economy of the state.

The Minnesota White Pages Phone Directory Database includes residential phone and address data for the state of Minnesota. These listings are updated on a 90 day basis to contain the freshest possible phone directory data.