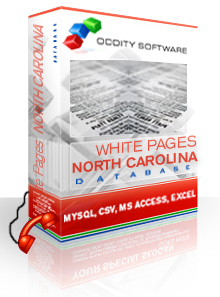 North Carolina is a state that can be found in the southeastern portion of the U.S. It borders the Atlantic Ocean, and it is one of the original Thirteen Colonies. Currently, North Carolina is one of the fastest growing states in the southeast, and it has an economy and population which are quite diverse. The largest city in this state is Charlotte, and the total population is just over 8 million. The climate and geography of this state are diverse. While the eastern portion of the state is more tropical, the western part is the state is a bit more mountainous. Overall, the climate could best be described as being warm and humid. Of all the states in the south, North Carolina has one of the largest Gross State Products. In 2004, the GSP for this state was $336 billion.

North Carolina is well known for its agricultural industry, and it produces a sizable number of eggs, tobacco, and milk. Potatoes and soybeans are also popular. Despite this, the economy of the state has been weakened by things such as outsourcing. A number of statistics indicate that one out of every five manufacturing workers have lost their jobs due to global competition. Some of the industries which remain prominent in this state are agriculture, electrical tools, paper, chemicals, and textiles. The furniture production industry has been tremendously weakened due to low cost imports from Asia. While Tobacco is an important part of its economy, there are debates the federal government's willingness to subsidize the industry.

The North Carolina White Pages Phone Directory Database includes residential phone and address data for the state of North Carolina. These listings are updated on a 90 day basis to contain the freshest possible phone directory data.