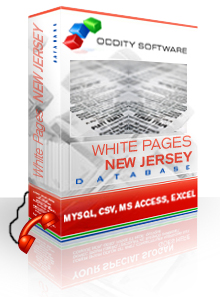 New Jersey is a U.S. state that can be found in the Mid-Atlantic region. The states which border it are Pennsylvania, New York, and Delaware. Because of its close proximity to New York, certain parts of New Jersey are considered to be a part of the New York Metropolitan area. New Jersey had been inhabited for over 10,000 years prior to the arrival of European settlers. New Jersey has a population of approximately 8.4 million. This state was admitted to the Union in 1787. This state is known for having a temperate climate, which is very similar to other states in the region. While the state may commonly be effected by Hurricanes, the storms are generally weak by the time they reach the area.

While New Jersey was the third state to have the U.S. Constitution ratified, it was the last northern state to abolish the practice of slavery. Despite the small size of this state, it has one of the highest GSPs of any state in the U.S. In 2004 New Jersey had a GSP of $416 billion. The counties within this state are considered to be some of the wealthiest in the nation. In addition to this New Jersey is known for producing a large number of agricultural products like fruits, nuts, seafood, and vegetables. The southern portion of the state is known for its production of blueberries. One of the biggest industries in this state is petroleum, and it has one of the most prominent petroleum industries of any state in the U.S.

The New Jersey White Pages Phone Directory Database includes residential phone and address data for the state of New Jersey. These listings are updated on a 90 day basis to contain the freshest possible phone directory data.