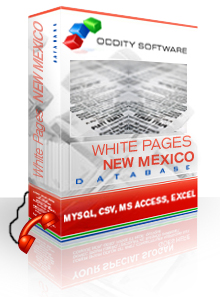 New Mexico is a state that is located in the southwestern portion of the U.S. It has a very rich history, and it has been inhabited by numerous Native American groups before the arrival of European settlers. Today, New Mexico has the largest Hispanic American population of any state. It also has a large number of Native Americans. The current population for this state is approximately 1.9 million, and it was admitted to the Union in January of 1912. The geography if this state is very diverse. While a portion of the Rocky Mountains can be found here, there are also a number of forested areas. Overall, the climate is dry, and this state experiences a great deal of sunlight.

The GSP for New Mexico was almost $60 billion in 2003. Some of the industries that are quite prominent are dairy, cattle, and agriculture. In cities such as Albuquerque, one of the most prominent industries is lumber mills. Pinewood is readily harvested here, and this has led to a rich commercial industry. Mineral extraction is also important. A sizable percentage of residents earn their living from the extraction of minerals, and the existence of this industry predates the arrival of European settlers. The federal government spends a great deal of money in New Mexico, and Albuquerque is a center for industrial manufacture. New Mexico gets a larger amount of federal funding than many states in the U.S. It should also be noted that New Mexico has become a center for space tourism, since companies such as Virgin Galactic want to establish their headquarters here.

The New Mexico White Pages Phone Directory Database includes residential phone and address data for the state of New Mexico. These listings are updated on a 90 day basis to contain the freshest possible phone directory data.