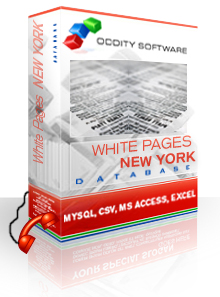 New York is a U.S. state that lies in the northeastern portion of the country. A sizable percentage of this state is centered in the southern portion of the state near New York City. While the capital of the state is Albany, the largest city in the state is New York City. The total population for New York State is 18.9 million, and most of these people live in the New York metropolitan area. This state was admitted to the Union in July of 1788. The states which border New York are Connecticut, and Vermont, Massachusetts, and Pennsylvania, and New Jersey. The New York metropolitan area is considered to be megalopolis, since it has a population that exceeds 500,000 people.

The city of New York plays the biggest factor in the economy. It is a world class city that is one of the largest in the world. The only cities to surpass New York City in size are Mexico City and Tokyo. The state government plays an important role in the economy of this state, and some of the industries which are prominent are law, trade, and technology. The GSP for New York in 2005 was $935.5 billion. The only states in the U.S. to surpass it are Texas and California. In addition to industrial manufacture, tourism and chemical products are very popular. It should also be noted that New York produces a number of agricultural products, including cattle, vegetables, and apples. It should also be noted that New York is homes to some of the world's largest corporations.

The New York White Pages Phone Directory Database includes residential phone and address data for the state of New York. These listings are updated on a 90 day basis to contain the freshest possible phone directory data.