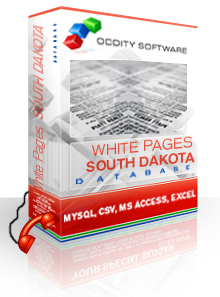 South Dakota is a state that is located in the Midwestern portion of the U.S. It was given its name from the Native American tribes that lived in the area, and it was made a part of the Union in November of 1889. One of the most famous landmarks in this state is Mount Rushmore. While the capital of the state is Pierre, the largest city is Sioux Falls. The total population for South Dakota is just over 750,000, making it one of the most least populated states in the U.S. There are a large number of national parks in this state, and they have become popular tourist destinations. The climate for South Dakota can be described as having continental climate. While the summers can get quite hot, the winters are exceptionally cold.

Due to its small population, the GSP for South Dakota was only $29 billion in 2004. The average personal income is only $26,000, making South Dakota one of the lowest states in the nation. It should also be noted that South Dakota does not have any income taxes or inheritance taxes, and the sales tax is about 4%. South Dakota has experienced rural flight, and many residents are moving out of the state, especially those who are college educated. Taxes which are placed on property and personal income is the primary methods that are used to pay for counties and schools. Like the federal government, the state government in South Dakota is split into three branches, and this is judicial, legislative, and the executive branch.

The South Dakota White Pages Phone Directory Database includes residential phone and address data for the state of South Dakota. These listings are updated on a 90 day basis to contain the freshest possible phone directory data.