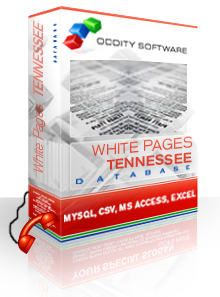 Tennessee is a state that can be found in the southern portion of the U.S. It was admitted to the Union in 1796, and it was the sixteenth state to be added. Tennessee has been given the nickname the "Volunteer State," as this was due to the role it played in the War of 1812. The largest city in this state is Memphis, and Nashville is the capital. The current population for this state is just over 5.6 million, and it lies in close proximity to eight different states. The portions of this state that lie next to the Great Smoky Mountains are quite rugged, but the western portion of the state has a larger number of hills. Overall, the climate for Tennessee is much like other southern states, which is humid subtropical.

Native Americans had inhabited this state for at least 11,000 years prior to the arrival of European settlers. Some of the groups that lived here were the Yuchi and Cherokee. Despite the small size of this state, it had a GSP of just over $226 billion in 2005, giving it the 18th biggest economy out of country comprised of 50 states. Some of the industries which are very prominent in Tennessee are electricity, cotton, textiles, and cattle. There are well over 80,000 livestock farms in this state, and it plays an important role in agriculture. The state income tax is not placed on personal salaries, but it may be applied to stocks or other investment options. Unlike many states, food is taxed at 6% rather than 7%.

The Tennessee White Pages Phone Directory Database includes residential phone and address data for the state of Tennessee. These listings are updated on a 90 day basis to contain the freshest possible phone directory data.