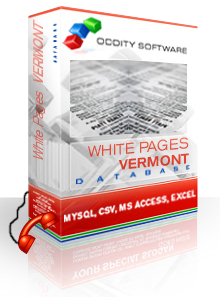 Vermont is a U.S. state that is located in the New England area. It is one of the smallest states in the country in both size and population. While the total population for Vermont is just over 600,000, it has just over 9,000 square miles. The only state that is less populated than Vermont is Wyoming. The states which border Vermont are New York, Massachusetts, and New Hampshire. Prior to the arrival of European settlers, this state was heavily inhabited by Native American groups such as the Iroquois and Algonquian groups. Vermont is well known for being a producer of dairy products. While the largest city in the state is Burlington, the capital city is Montpelier.

Like many states in the New England area, Vermont has a climate that is humid continental. While the summers are warm with high levels of humidity, the winters are cold. The GSP for Vermont was $22 billion in 2003, making it one of the lowest in the U.S. However, the primary reason for this is the size and low population of the state. The most important industry in this state is agriculture, and it accounts for more than $2 billion of the states GSP. Since it was founded, Vermont has had periods of rapid population growth and decline. While the state was originally inhabited by farmers, many of these farmers moved west looking for land that could be farmed. These farmers found the forest of Vermont to be impractical for their work. The most popular agricultural centers in this state are dairy farms.

The Vermont White Pages Phone Directory Database includes residential phone and address data for the state of Vermont. These listings are updated on a 90 day basis to contain the freshest possible phone directory data.