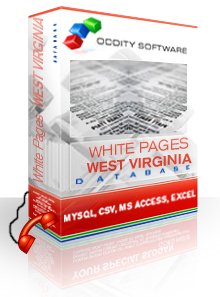 West Virginia is a state that is located near the Appalachian mountain range. While it was at one time a part of Virginia, it broke away from the state during the Civil War, and it is the only state to be formed as a direct result of the Civil War. Despite the fact that West Virginia is located near the Appalachian mountain range, it is still considered to be a part of the southern United States. However, it should be noted that most of the citizens in this state consider themselves to be a part of Appalachia rather than the South. This state is known for its coal mining companies, and it is also considered to have a great natural beauty. West Virginia is a popular tourist destination for those who are interested in activities such as rock climbing, fishing, and skiing.

The largest city in West Virgina is Charleston. It has a total population of approximately 1.8 million, and it was admitted to the Union in June of 1863. The states which border West Virginia are Kentucky, Ohio, Maryland, and Pennsylvania. It should also be noted that West Virginia is the only state that is completely comprised within the Appalachian Mountains. Because of this, the land is quite rugged. The climate for this state is humid continental. Economically, West Virginia is one of the weakest states in the U.S. The only states that it surpasses are Mississippi and Arkansas. One of the few industries in this state that is very prominent is coal. In addition to this, oil is also drilled, but not at the scale found in states such as Alaska or Texas.

The West Virginia White Pages Phone Directory Database includes residential phone and address data for the state of West Virginia. These listings are updated on a 90 day basis to contain the freshest possible phone directory data.