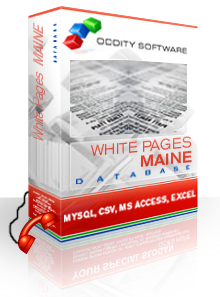 Maine is a U.S. state that can be found in the New England region. It lies to the extreme northeast, and it borders Canada. Maine has a coastline which is quite rugged, and there are a large number of forests in the external areas. Maine is perhaps best known for its New England cuisine, which is comprised of seafood such as lobsters. The state has a population of approximately 1.2 million, and it is the largest state in the New England region. It was admitted to the Union in March of 1820. Despite its size, Maine does not have a large population. Statistics show that well over 80% of this state is comprised of forests. This state is known for is spectacular scenery, and the ocean plays an important role in the landscape.

The GSP for Maine was $41 billion in 2003. This state is known for its production of agricultural products, and some of the popular products are maple sugar, lobster, clams, eggs, poultry, and cattle. Fishing has always played an important role in the economy of the state, and the industry is still prominent today. The western portion of this state has a large number of springs, and this water is often placed in bottle water products. Because of the many forests in the state, it is prominent producer of lumber and any products which are comprised of wood. It also produces leather goods, biotechnology, and electronic products. It should also be noted that because Maine is a coastal state, it has a vibrant ship building industry. The state has played an important role in the construction of U.S. Navy ships.

The Maine White Pages Phone Directory Database includes residential phone and address data for the state of Maine. These listings are updated on a 90 day basis to contain the freshest possible phone directory data.